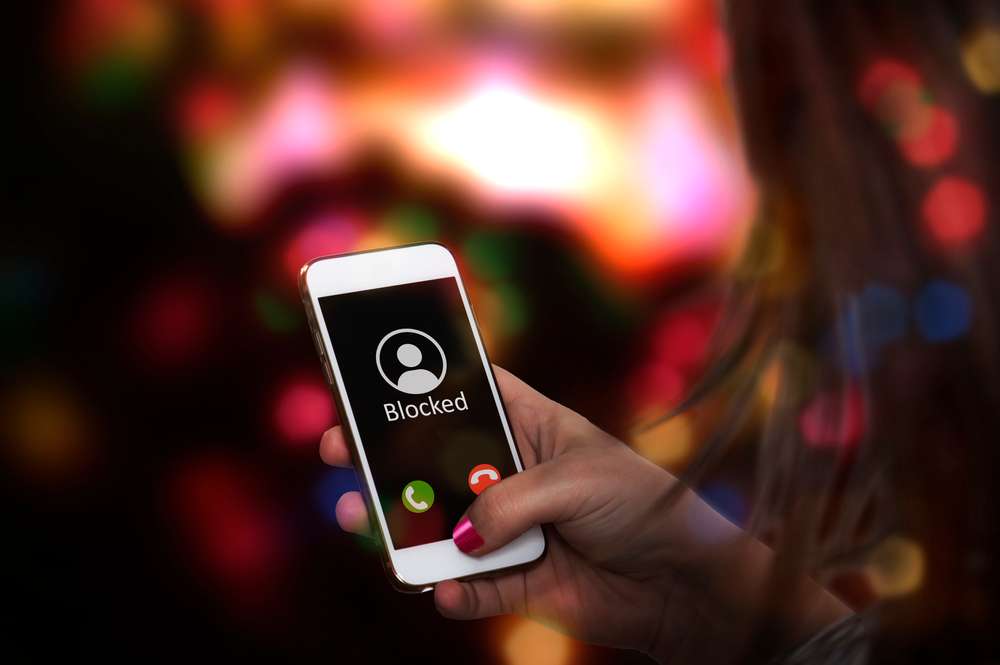 Smartphones make it easier to stay in touch with one another no matter where you go. However, almost every smartphone user has experienced someone they don’t want getting their number.

Luckily, you have the option to block numbers you don’t want to contact you. Yet, sometimes these numbers are still able to send you texts after you’ve blocked them. Why is this?

The blocking feature only works for phone calls, which is why a number you blocked is still able to contact you. Most smartphone models allow you to block numbers for both phone calls and text messages separately. If you have the number blocked for SMS and they’re still contacting you, it’s most likely due to a glitch with your phone.

With smartphones, you have to ability to be in control of who can and can’t contact you. The trick is, knowing how to adjust your settings correctly to take advantage of these features.

It doesn’t matter if you use an iPhone or an Android. You will still be able to block a number from texting you and keep it that way. Today, we’re going to discuss everything you should know about why you’re receiving texts from blocked numbers and what you need to do to fix the issue.

Can You Still Receive Texts From A Blocked Number?

Ultimately, if your attempt to block a number goes successfully, you won’t receive any texts from them. The majority of the time, the blocked number will no longer be able to contact you by text once you have confirmed the block. The other party won’t be alerted that you have blocked them.

When a number is blocked, they will still be able to send you text messages on their end. However, the text messages won’t go anywhere. You will not see them, and it will show the person who sent them that they haven’t been delivered.

Every smartphone user should become familiar with the blocking feature for their own cyber safety. While this feature can help bring you peace from someone who is getting on your last nerve, it can also help to protect your phone. It’s becoming more common for hackers to take advantage of victims through text messages.

These hackers are getting very crafty. They will send messages that seem legitimate in order to get smartphone users to click a link that gives them access to their phones. Messages they send can range from “You’ve won money” to “Your Amazon package is out for delivery. Click here to confirm.” Blocking the numbers that send these messages is the best way to keep your cyber activity safe.

Why Do Blocked Numbers Still Get Through?

Have you blocked a number, only to receive texts from it afterward? Unfortunately, blocking isn’t always 100% effective and there are a few reasons why. The most common reason is that the number was only blocked for phone calls. This allows your phone to continue receiving texts and voicemails from the unwanted party.

Another reason that blocked numbers still get through is because the party has hidden their caller ID. Android phones have a feature that allows the user to hide their caller ID. Luckily, this features only allows them to make phone calls. In the event that they are still able to send texts, they are likely using a third-party app.

Blocked numbers may be able to text you due to an upgrading error. A glitch in the OS during upgrading may lead to this issue.

Can You Block Someone From Texting You?

No matter what smartphone model you’re using, it’s possible to block someone from texting you. It’s the easiest and most effective way to give yourself peace and stop spam messages from filling up your inbox.

There are many reasons why you might want to block a number. From someone that’s constantly texting you to a business that alerts you every time they have a new special. As long as you know how to block these numbers, you won’t have to deal with their annoying messages again.

However, if the person you want to block contacts you from a private number or an unknown number, it can be difficult to flat-out block them as you can with contacts.

How Do I Stop Getting Texts From A Blocked Number?

When a number is blocked, it should stay that way. If one of the numbers you have blocked is suddenly texting you again, you can make it stop. However, the process is different between iPhone and Android models. Let’s take a look at what you need to do.

How Do I Stop Getting Texts From A Blocked Number On An iPhone?

How Do I Stop Getting Texts From A Blocked Number On An Android?

Can Text Messages Be Blocked On Android?

Text messages can be blocked on Android devices. The blocking feature isn’t just for phone calls. While we are going to give you the rundown on how to block a number from texting below, it’s important to consider the model you’re using. Android has several types of phones, from Samsung Galaxy to Google Pixel and everything in between.

If you’re using an older model, the steps to get to the blocking setting may be slightly different. Always contact your carrier if you’re unable to keep a number blocked. You should also make sure your phone is up-to-date.

Can Text Messages Be Blocked On iPhone?

Every iPhone user is able to block messages from coming through on their phone. Blocking unwanted numbers prevents any messages that contact tries to send you from going through. Once a number has been blocked, you will not have the option to see any message they attempt to send.

How Do I Permanently Block A Number?

Blocking someone means that you have control over who can contact you. When you choose to cut someone off from contacting you, it should stay that way until you decide otherwise. For that reason, you can permanently block contact from texting and calling you.

Luckily, blocking a contact is way easier than dealing with them. Let’s take a look at how you can permanently block a number using iPhone and Android models.

How Do I Permanently Block A Number On iPhone?

Blocking a contact permanently on iPhone is very easy. It doesn’t matter if you’re using the latest model or one of the older ones. Getting peace of mind is only a few taps away.

How Do I Permanently Block A Number On Android?

No matter which Android model you are using, you will have the option to permanently block contacts from sending you text messages. Androids can be very different from one another. For example, some Android users text with Samsung Messaging, while others use Google Messaging. Whichever messaging you use for SMS with Android, the blocking process is similar.

Are you still getting messages from a number you have blocked? The first thing you should do is double-check your blocked list to ensure the number is saved there. Next, you should make sure the contact is blocked for both SMS and phone calls. More often than not the contact is only blocked for phone calls, which is why you’re still receiving the texts.

Has your phone been updated recently? The recent update may have caused a glitch with your phone’s OS system. You may have to unblock and reblock the contact or do a soft rest of your phone. This could also happen if your phone is overdue for an update.

Always contact your cell phone carrier for additional help. If you’ve tried everything we’ve mentioned today and that number is still contacting you, you’re not out of luck. Get in touch with your cell phone provider to learn more about the additional services they offer for blocking numbers.

Keep in mind, blocking the number may not 100% stop the person from contacting you. They may still be able to reach you using a third-party texting app. iPhone users can prevent this by turning the “filter unknown senders” option.