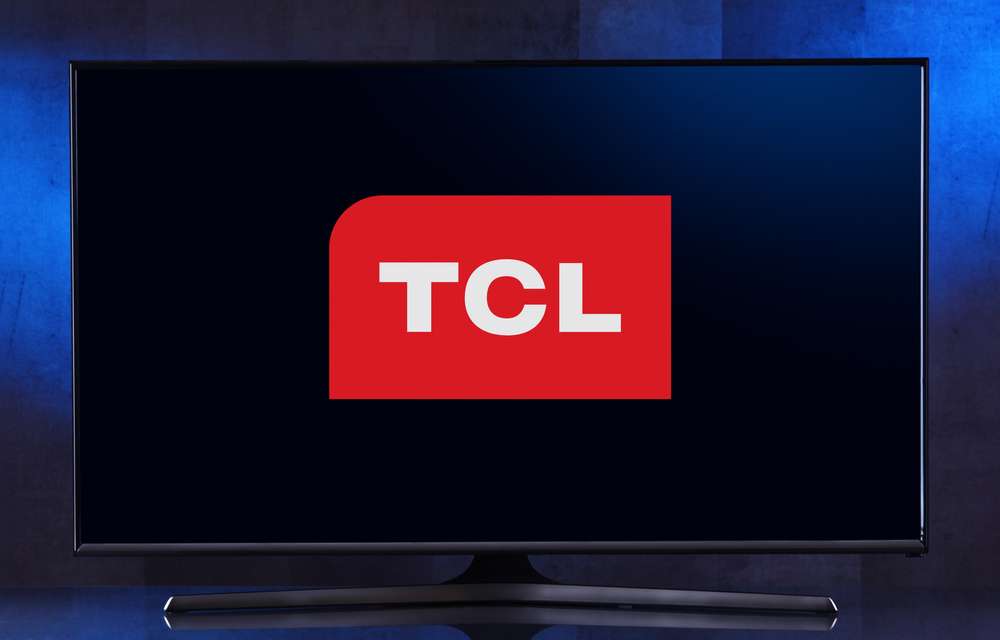 If you’re TCL TV is not turning on, the first step you need to perform is to ensure the cords are plugged in all the way. If your cords are okay, you will then need to unplug the TV, press and hold the power button for 2 minutes and plug the TV back in.

I spent a lot of time researching this issue to avoid it happening all of the time. Fortunately, the fix was easy and I now know how to get my TCL TV to turn on when it’s being stubborn. Below I’ve outlined some of the most common troubleshooting tips and tricks for when your TCL TV won’t turn on. If it’s anything like mine, it’ll be a very easy fix.

1. Try The Power Button That’s On the TV

If you’re having an issue turning on your TCL TV when trying to turn it on with the remote, the TV may not be what’s having the issue, it might be your remote control. The remote could have dead batteries or it could be defective.

An easy way to test if the remote is the issue is to turn on the TV via the power button on the TV itself.

Not many people are aware that there’s a physical power button on their TV because it’s hidden out of plain sight. All TCL televisions have a power button on the back or side that can be used at any time. The reason you can’t see the power button is that TCL wants to give the TV a more modern and minimalistic design.

On most TCL televisions, the power button will be located on the lower right side frame. It may be a single button or it may be in the middle of other buttons, which are usually the channel and volume buttons.

If you press the power button and the TV turns on, then you know the remote is the issue. If the TV still isn’t working, then you should move on to the next troubleshooting step.

2. Does The Status Light Blink?

On the bottom of all TCL televisions, there’s a sensor in the middle of the bezel. The light may briefly blink or it will stay lit to indicate the status of the television. Each time you use the remote, the LED should blink. This means the TV is receiving a signal from the remote.

Does the light blink when you press a button on the remote? If so, it means the TV is on and receiving a signal from the television. It also indicates that that TV is in fact powered on but displaying a black picture, which could indicate an input issue.

Since there’s no display on your television, it’s going ot be difficult to ensure the TV is on the right input source. If this is the case, you’re going to have to rely on the power of your remote control to try to get it to work again.

3. Press The Home Button On The Remote Control

When a TCL television isn’t in use, the power will remain on, but it will put itself into rest mode. This means the TV is actually on, but it’s not displaying anything on the television.

The screen will be blank. To check this, you can press the home button on your remote control. This will ultimately take the TV out of rest mode and you should see your home screen.

If you press the home button and nothing happens but the status light blinks, it could be an input issue. The TV could be receiving a signal from an outside source plugged in such as a DVD player. Here’s how to switch inputs:

4. Clean the Dust Out Of Your TCL TV

Dust and debris can wreak havoc on all of your electronic devices. When they get clogged with dust and dander, it can hinder cooling features and it can prevent your cables from transmitting signals properly.

Luckly, you don’t have to take apart the television to clean it. All you need is a cleaning kit for electronics or a small brush.

Take the time to clean all exposed ports with canned air for electronics or a toothbrush. Be sure to do it carefully as excessive force can damage connectors beyond repair.

You can also clean all of the air vents if you notice dust gathering on them. Be careful not to push the dust further into the inside of the television. Once all of your ports are cleaned, attempt to turn the television back on.

The power cords on these televisions can be tricky due to how they’re shaped. It may seem like the power cable is plugged in, but it’s really not.

Check the back of your television where the power cord plugs in. It may have become slightly unplugged due to somebody accidentally pulling on it or from the TV moving.

If the power cord is firmly connected, unplug it and reseat it. You should then attempt to turn the television back on. If it doesn’t work, check for other issues with the various cords that may be connected to your television.

Another cause of TVs not turning on is due to frayed cables. Over time, power cables can fray or break internally.

It may be difficult to tell whether or not this is the issue, but sometimes there may be a noticeable looseness in part of the cable. If you suspect this is the issue, you can purchase a new power cable from almost any hardware store. Check whether it has two or three prongs.

When you call any tech support company for a device issue, the first thing they’re going to tell you to do is power cycle the device.

Power cycling a television will drain all of the power from the capacitors and will eliminate any power left in the television that could stop it from turning on.

The issue may not be with your television at all, it may be with the outlet your TV is connected to.

If your television is mounted to the wall, you won’t be able to test another outlet unless your use an extension cord. This will save you from having to remove the television from the wall.

Remember how I mentioned the status light at the bottom of your TV? This status light can tell you what’s wrong with your television if it’s powered on.

If the status light blinks when you press the ON button and the TV doesn’t turn on, you should reset your TV.

Here’s how you can easily reset your TV if it’s malfunctioning:

If the problem is still happening, try to press the reset button multiple times without holding it down.

You can do this for 30 seconds. Your TV is going to reset, so you’re going to need to log back into all of your streaming accounts. It’s essentially an easy way to factory reset your television without using your remote.

Since there’s no picture on your television, this method may not work out very well for you, but it’s worth a shot.

You have to be connected to the proper input source for your TV to work correctly. So whether you’re using a DVD player, cable box, or another input device, you have to make sure the input matches the HDMI port being used.

To change the input source without a remote control:

Some televisions will have a source button on the back of the television tha you can use to select the proper input source. You can select a source until you see a picture pop up. If it doesn’t work, you may have to contact customer support.

If none of the above methods worked, you can contact TCL support and let them know about the issue you’re having. You can do this by visiting Support.tcl.com and clicking on Contact Us.

You’ll have the option to connect with them through phone calls or email. They’ll run you through some of the same troubleshooting methods I did as well as some others they may have up their sleeves. If your TV is still under warranty, they may have you send it in for repair or replacement.

TCL TVs have been known for technical problems. They’re not completely impossible to deal with, but they’re certainly frustrating. Here are some of the most common issues you may face with your TCL TV.

Your TCL TV Has a Backlight Problem

LED TVs have LED backlights. This is how they display images for you to see. If one of the LEDs isn’t working properly, the TV won’t turn on. You can try to replace the LED that’s giving you the issue, but I don’t recommend this unless you’re experienced with it. It can damage the television more and even cancel your warranty.

If you’re 100% certain there’s a backlight issue, I suggest reaching out to TCL customer support if your television is still in warranty. They can repair it at no cost to you.

TCL TV Disconnects from the Internet

Your TCL TV needs internet to connect to streaming platforms such as Hulu and Netflix. If your TV isn’t connected to the internet or keeps dropping its connection, it’s going to make streaming difficult.

If your TCL TV is having network connectivity issues, you can follow these steps to check what the issue may be:

Sometimes, you may just need to clear out the network settings in your television. You can click on the network name and forget it, then enter it in again. Sometimes it fixes an issue with your IP address or other automatic settings.

Another issue I’ve faced frequently is that my apps weren’t working on my TV. The apps even crash sometimes when I’m trying to use or launch them.

This method will only work for TCL TVs with Android systems. Once you’ve successfully cleared the app’s cache, you will need to log back into each of them. If clearing the cache doesn’t help, you can try to delete the app and reinstall it again. If this doesn’t work, reset the television with the steps outlined above.

If you just can’t seem to get your TCL TV to work for you and it’s out of warranty, it may be time to purchase a new TV. If you love your TCL as much as I do, then I suggest purchasing another TCL. The 1080P Smart LED TV 40S325 is a favorite of mine.

It’s not overly expensive and it comes in sizes 49”, 43” and 40”. It’s a simple smart TV that has served me very well. It has Google Assistant, Direct Lit LED, and 3 HDMI ports, 1 USB port, RF, Composite, headphone jack, and optical audio output.

If you find that your TCL TV isn’t turning on, there could be various underlying issues going on with it. Most of them can be easily fixed yourself. On the off-chance that it’s something you can’t handle, you can always contact TCL support if your TV is still within warranty.

I highly suggest purchasing spare cables for your television. The higher-quality cables are less prone to fraying and damage and will ultimately last much longer. Keep them out of reach of pets and ensure they’re not being pulled too hard near the power jack in the television as it could cause issues in itself.