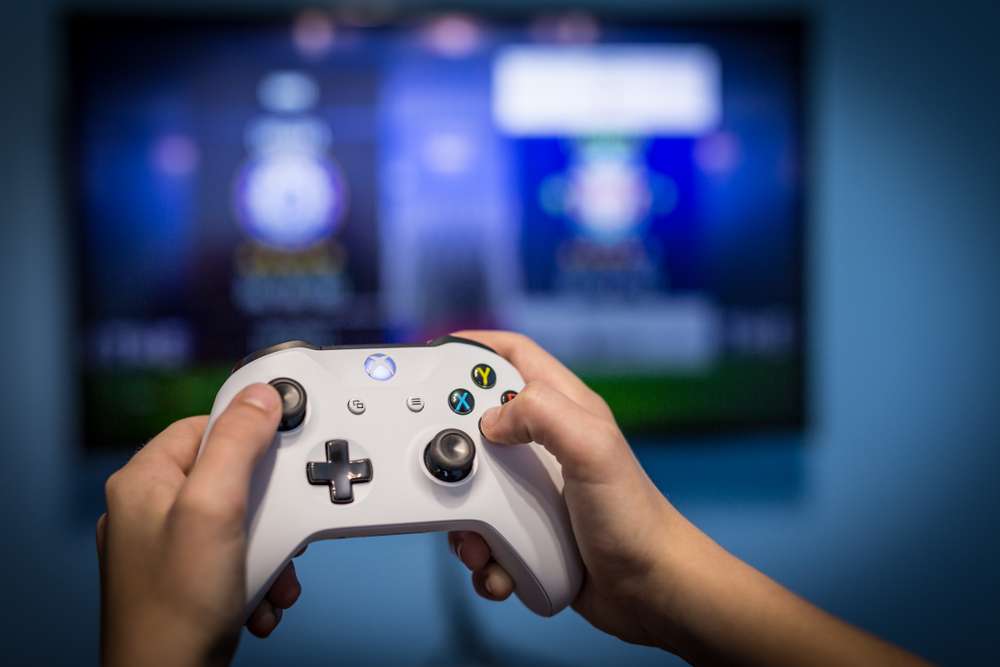 There isn’t much that’s more frustrating than getting ready to start gaming only to find your Xbox One won’t turn on. You tap the button, and it beeps but won’t work. Unfortunately, this is an issue a lot of us have dealt with, but there is usually an easy fix.

All you want to do is get onto the battlefield with your friends and start saving the world. Don’t worry, because by following the steps outlined here, you will be there shortly. Let’s fix the problems where your Xbox One beeps but won’t turn on.

How To Fix Xbox One Beeping But Not Turning On

The Xbox could be overheating, or have a problem with ventilation, moisture, or cable issues. Below we outline all the possible issues and how to fix them, so you can get back to your game.

1. Power Cycle And Soft Reset Your Xbox One

Power cycling your console puts it into standby mode, from there it should turn on without a problem. To power cycle your Xbox one, make sure it’s turned off, and then press and hold the POWER button for 10 seconds.

Keep an eye on the power brick as it should flash orange, then turn white for a short period then go back to orange. Now the console should turn on. If that didn’t fix the problem, try a soft reset.

2. Insert An Xbox One Disc

If your console doesn’t have a disc inserted already, this may get your Xbox to boot up.

If the console does not accept the disc, remove it and move to the next step.

It sounds difficult, but all you need to do is unplug the power cord from your Xbox One console and wait for 10 to 15 seconds. When the proper time has elapsed, just plug the cord back in and turn on the Xbox. It should boot up without issue now.

Related Read: What is The Xbox Series X GPU Equivalent?

While your Xbox One is turned off, unplug all your USB devices as well as the External hard drive—if you’re using one. Wait for several seconds (15 to 30 seconds).

With these devices unplugged, press and hold the power button for a few seconds. The console should boot up normally. If it does, go ahead and reattach the USB cords and your External Hard Drive.

5. Plug Into A Different Power Outlet

Today’s entertainment centers have multiple devices vying for power. Often a power strip or surge strip is utilized to make room for all the plugs. You have the TV, DVD player, WiFi/internet box, cable, streaming device, gaming systems, home stereo, and more.

The more plugs shoved into the power strip, the less energy that is available. It could be there isn’t enough power going to the Xbox One to keep it on. Move the Xbox power cord to another, less crowded area and see if that works.

Buttons on Xbox One X Console

Buttons on Xbox One S Console

Buttons on Xbox One S All Digital Edition Console

Buttons on Xbox One Original Console

Side of the console

While it’s not as common as it used to be, whenever a computer would freeze up, there was a holy trinity of buttons to press at the same time. These buttons would unfreeze the computer and reboot it. The buttons were CTRL+ALT+DLT

Xbox has a similar method, except it’s a little more complicated.

By either tapping the EJECT button repeatedly or holding it down, sometimes it can get the Xbox console to start working again. Many Xbox owners have reported success when their Xbox One only beeps instead of turning on.

The first method is to repeatedly press the EJECT button on your Xbox One 10 to 15 times. After pressing the button, reboot your Xbox and see if it works now.

What you are attempting is getting the internal software to stop focusing on rebooting or whatever has it frozen, and instead it should focus on ejecting a disc.

If tapping the EJECT button doesn’t work, try holding the button down for at least 10 seconds. After you do that, let go of the button and reboot the Xbox.

Common Reasons Your Xbox One Is Not Turning On

If you’ve tried everything above but your Xbox still won’t turn on, there could be a myriad of other reasons. It may be a simple solution that requires some cleaning, a replacement part, or it may take longer and be a bit more costly.

Anytime an Xbox overheats, it should shut itself down, and not turn back on until it has sufficiently cooled. Overheating can be dangerous and could burn up the internal circuits leading to costly repairs or replacements.

Your Xbox could be overheating because it has been on for many hours. Did you accidentally leave it on when you went to hang out with friends? If so, unplug it, and let it cool off for about an hour. This will let the internal components and power brick cool off and start working again.

Another cause of overheating is ventilation issues. Dust can quickly block the vent and prevent the fan from cooling off the components. You can use a light brush, a can of compressed air, or a portable vacuum to remove the dust.

If you’re using compressed air, be sure you don’t blow the dust into the console as it can corrode and mess up the motherboard.

If the Xbox One console isn’t getting enough power to initially boot up, it could cause it to beep instead of turning on. This problem could be caused by a faulty power brick or power cable.

Power bricks can heat up and eventually become faulty, or the power cord could have an internal issue. First check for any damage such as frayed wires, or swollen or broken power brick. If you notice anything out of the ordinary, replace these items.

If your Xbox starts up normally after replacing them, you know one of these was the issue.

It May Be A Faulty Internal PSU

The PSU is an internal Power Supply Unit that is vital to keeping the Xbox working properly and sufficiently powered. They can get damaged by overheating or power surges. Sometimes they are just faulty, but when they go out, they can get expensive.

Unfortunately, if the internal PSU has gone bad, you will have to shell out a lot of money and get an expert to replace it. It may be cheaper to buy a used, or refurbished Xbox One, than to get it fixed.

Moisture On The Motherboard

Moisture is an electronic’s worst enemy, but it happens sometimes. If you have stored your Xbox somewhere cool, or humid and then turned it on, condensation could result on internal components.

If your Xbox turned on, beeped, then turned back off after a short time, it could have moisture on its circuits. If the water isn’t too bad you may be able to dry it out.

The first thing you need to do when you suspect water is to unplug the power supply. Next unplug any USB devices and cords from the console. Don’t plug it back in until it has completely dried.

If there is water on the outside, gently wipe that off then use a hair dryer set on a low setting and blow across it and all around to help evaporate the water. If the unit is still under warranty you might want to contact Microsoft customer service to see if it can be replaced or repaired.

Another way to dry it out is to set it near or on a dehumidifier. Store the console and dehumidifier in a warm, dry room and let the dehumidifier run for at least 24 hours.

Assuming you’ve tried everything above, and your Xbox still won’t turn on, but beeps, it may be a worst-case scenario. You may have to buy a new Xbox. If your system is still under warranty, you may be able to get it fixed or replaced, so check for that first.

If you’ve owned an Xbox One for any length of time, you may have experienced power issues. When your Xbox won’t turn on but beeps, following the above steps may help you fix it. Doing a reset, tapping the Eject button, or checking the power brick and cords will likely fix the issue.

If none of the fixes above remedy the problem, then unfortunately it may be time to get a new Xbox. We hope that isn’t the case, but if your budget is limited, you can always get a refurbished Xbox One for a fraction of the price of a brand new one. 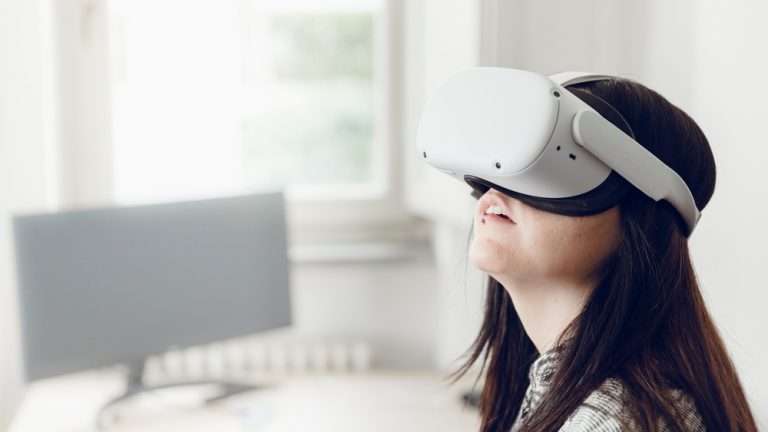 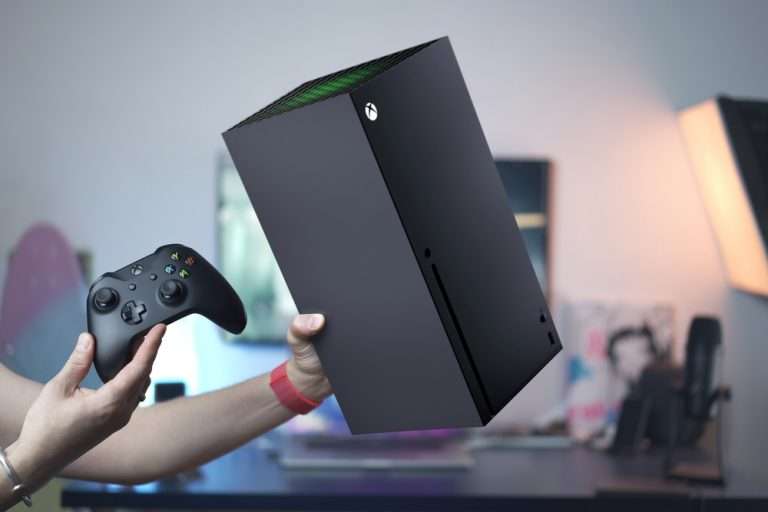