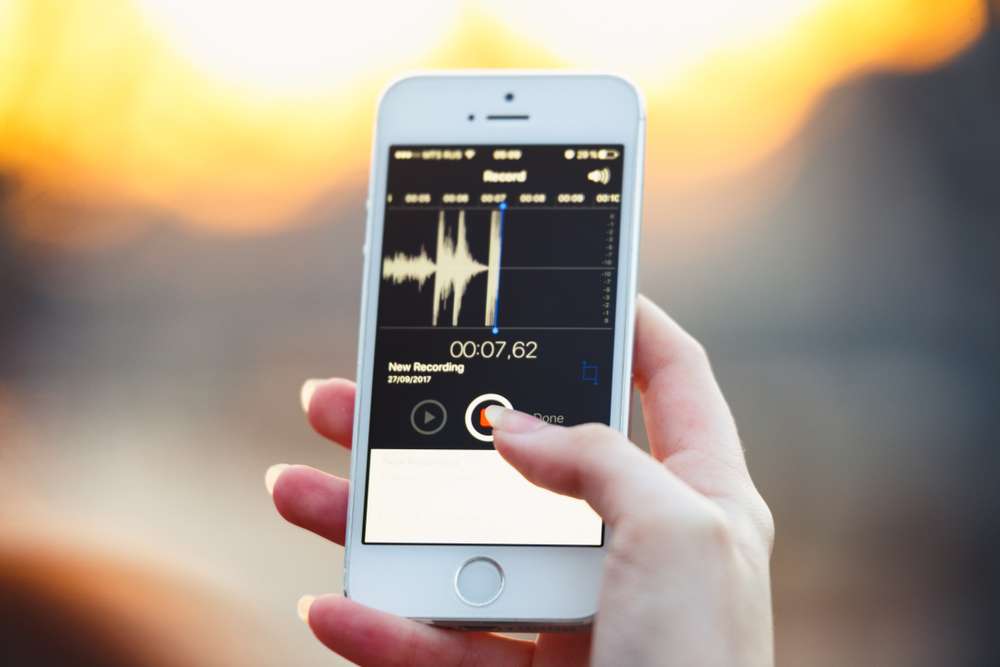 The audio message would also remain available in the message thread of the person to whom you were communicating. In Apple iOS 12 and later versions, this is no longer the case.

Why Aren’t My Audio Messages Saved in the Voice Memos App Anymore?

While Apple has never directly answered this question, most experts think it was done to make things more organized on your iOS device. The Voice Memo app was designed for specific purposes by Apple. There was never an intent to make the Voice Memo app an audio file browser.

The Voice Memo app doesn’t have many organizational or search features that make organizing many audio files possible. Many people amassed large numbers of voice memo files and had problems finding their data or audio files. In some instances, the audio message files were important business data that needed to be easily retrievable.

For this and some other reasons, audio message files are now saved directly to the Messages App, where they can be retrieved, reviewed, or exported as needed by the user.

What is the Problem with Storing Audio Messages in the Messages App?

There is a downside to the way audio messages are handled in versions of iOS 12 and later. This problem is a by-product of Apple’s intention to lower the storage space overhead and protect your privacy.

What some people don’t realize is that audio messages self-destruct 2-minutes after they are played. Unless you manually save or export the message after listening, the message may be gone forever when you return.

How Do I Save an Audio Message in the Messages App?

To save an audio message from self-destruction, you must manually tell Apple iOS to save the message in another location.

The process is relatively simple but must be done almost immediately after listening to the message. There is also no way to do a bulk save operation. Each message must be saved individually.

To save an audio message in the Messaging App, follow these steps:

1. Access the audio message and press on the message notification until you see a menu. Press the “KEEP” option.

2. Press on the message notification again and then select “COPY” from the menu options.

3. Open the “NOTES” app and select the create a new note option.

4. Tap on the new note screen to open a set of options. Select the “PASTE” option.

Apple iOS will add the audio message to the new note along with an embedded audio player. Be sure you save the note with an appropriate title to make retrieval easier.

Can I Choose to Keep My Audio Messages Longer Than Two Minutes?

Fortunately, Apple provided an option to the Messages App that prevents the audio messages from self-destructing. This is an easy option to elect.

To make this change to your Apple iOS system, these steps are the solution:

1. Open the “SETTINGS” app on your Apple iOS device.

3. Locate the “AUDIO MESSAGES” section and tap on the “EXPIRE” feature.

With this change, your audio message will never self-destruct. However, you must use this with caution. Audio messages are memory hogs and can quickly use up the available memory on your iOS device, which can cause different problems.

Why Does it Say “PLAYED” Next to Some of My Audio Messages?

The “PLAYED” icon appears next to messages you have sent to someone after that person has listened to the message. This is a courtesy notification, so you know when someone has gotten the message you sent to them.

Is It Possible to Unsend a Message on an iPhone?

Unfortunately, once you hit the send button, the message is out of your control. You change, edit, delete, or unsend a message once it is in the Apple messaging system.

You may delete the message from your device, but that does not affect the message in the delivery system or on the other person’s device.

You should carefully consider any audio message you send using the iOS audio messaging system. Once sent, there is no way to undo the action.

Can an Audio Message be Retrieved After it Self-Destructs?

Unfortunately, there is no way to retrieve an audio message that has self-destructed in the Messages App. Apple iOS has no facility or means to retrieve these messages. For all practical purposes, these audio messages are gone from your iOS system.

However, all may not be lost. There are third-party apps that might be able to retrieve lost or deleted audio messages. One of these retrieval apps is called FoneDog Data Recovery.

Not only will it retrieve some deleted audio files, but it may also be used to restore photos, contacts, SMS messages, etc. This isn’t a 100 percent solution but may work in some cases.

How Do I Listen to Saved Audio Messages?

Apple works hard to make using iOS as simple as possible. In the case of new audio messages, a feature called “RAISE TO LISTEN” helps with this task.

Once you have received a new audio message, simply raise your iPhone to your ear and listen. Apple iOS will begin playing the audio message.

If the “RAISE TO LISTEN” option is turned off, you must tap the triangular “PLAY” icon to listen to an audio message. To record a reply, touch the soundwave icon and begin recording your audio message.

What if Someone Else Intercepts my Apple Audio Messages?

iMessages are designed to be secure to protect your information. Apple iMessages are encrypted using an end-to-end encryption scheme that protects the information as well as the phone number or email address you use.

According to Apple, there is no way to decrypt the content of a message while the message is in transit between the sender and the recipient. This encryption extends to any attachments to the message. 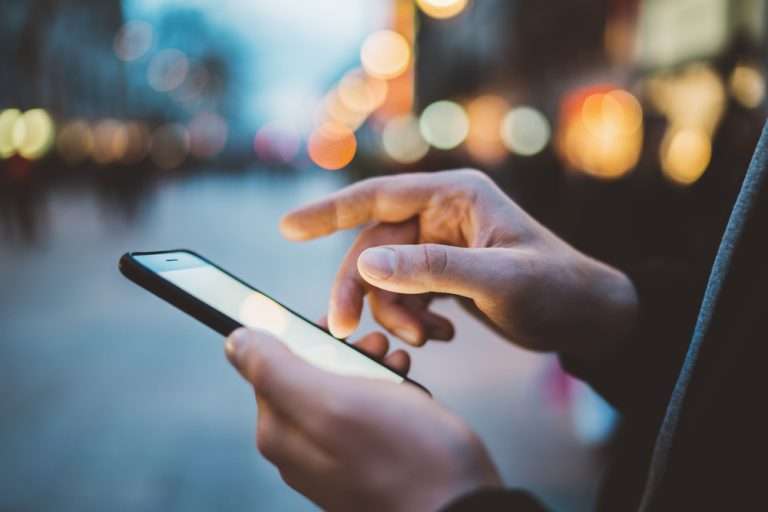 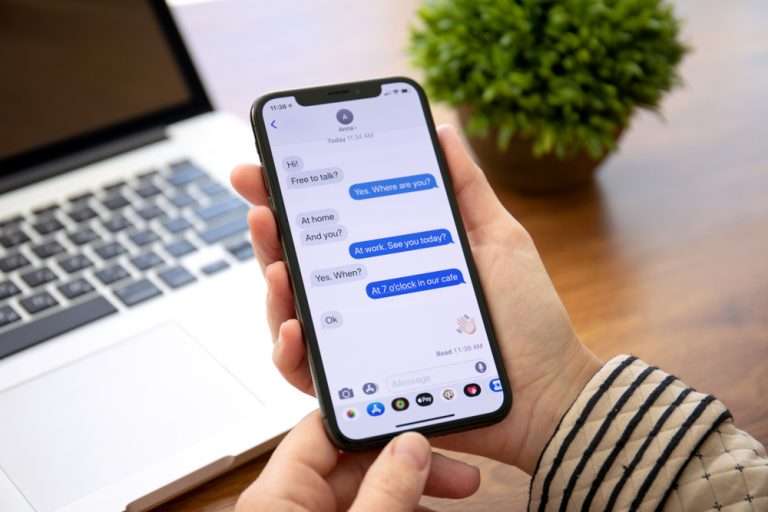 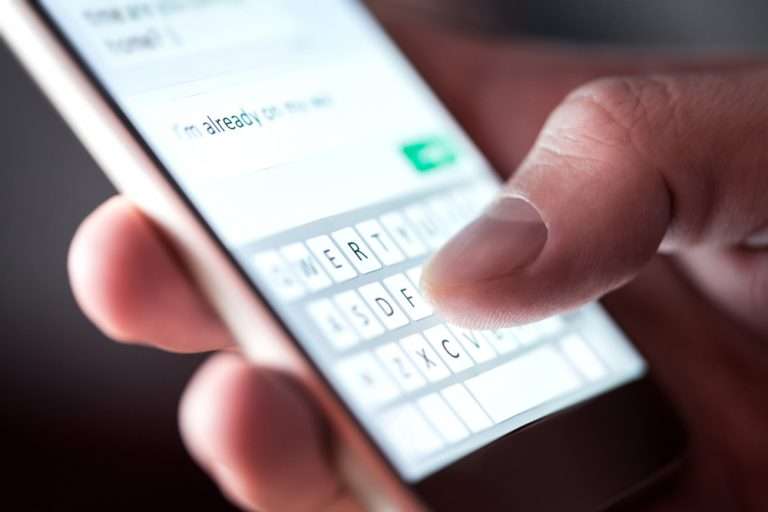