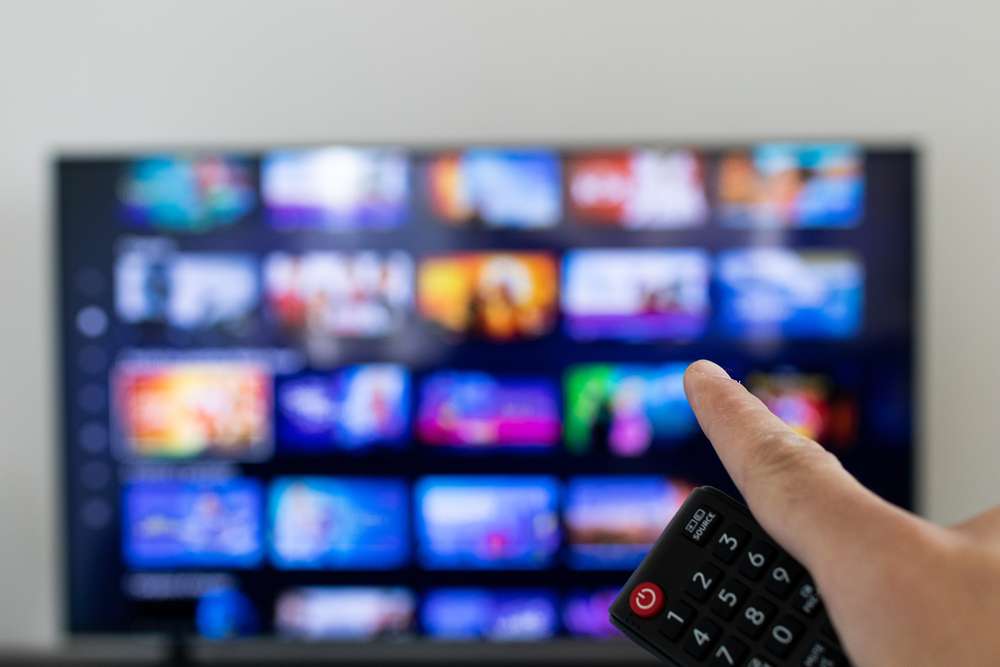 I love to be able to kick back and relax after a long day, and one of my favorite ways to do that is by catching up on a few of my favorite Netflix shows. So, it goes without saying that nothing is more frustrating to me than when Netflix isn’t working. By the way, I have a Vizio Smart TV.

Why Is Netflix Not Working On Vizio Smart TV?

Netflix is a well-known streaming service with a sizable user base. A few of them are Netflixing on their Vizio Smart TVs. However, a lot of people struggle to get Netflix to work on their Vizio TV.

The most frequent causes include a slow internet connection, corrupted cached data, or a momentary problem. You can run into issues if Netflix isn’t available where you are.

We’ve provided a list of troubleshooting steps below to help you fix the Netflix streaming issue on your Vizio television, so don’t worry.

App issues are frequently brought on by sporadic TV software errors. Turning it off and back on again is the most excellent fix for software issues in general.

The power button won’t actually restart your TV, though. When you push the off button on your TV, it enters standby mode as opposed to turning off. The TV can start up more quickly as a result, but over time, software problems may start to accumulate.

You can reboot it by unplugging for 2 minutes, and then plugging it back in. Turn the power back on, and see what happens.

Netflix and other streaming apps may frequently experience buffering issues due to slow connectivity. In the worst situations, your internet connection can be too sluggish or unstable to even reach the Netflix servers.

On your computer or phone, you may test your internet speed. Ensure that the device you are using is connected to the same network as your television. That also entails disabling mobile data and solely using Wi-Fi on your phone.

For regular streaming, you’ll need rates of at least 3–4 Mbps, and for HD, 5-8 Mbps. If your speeds are less, you’ll have to:

3. Is There A Netflix Update?

Updates from Netflix are routinely made available to address bugs in their app or problems with TV compatibility. You won’t have to deal with those previous flaws if you have the most recent app version installed on your smart TV.

Only Vizio TVs running the older Vizio Internet Apps (VIA) and VIA Plus platforms are affected by this patch. Since 2018, every Vizio TV has used the SmartCast platform, which takes care of app updates for you.

4. Make Sure Your Vizio TV Is Compatible With Netflix

The only accurate option if your TV is on this list or is older than a few years old is to replace it or install a streaming stick. Undoubtedly, a streaming stick is a more affordable and convenient choice.

By connecting a Fire TV Stick or a Roku streaming stick to any TV, whether it be smart or not, you may watch Netflix on it. Both contain all of the popular streaming apps and are simple to use.

I would choose Fire TV if you don’t already have a preference, primarily because of the Fire Stick Alexa voice commands.

Your local Wi-Fi network is frequently the issue rather than your TV or the Netflix app. It’s simpler to restart your entire network to see if it fixes everything rather than attempting to troubleshoot each individual network issue. To maintain your network operating at its optimum, you should do this once a month or so.

Verify that no one in your home is currently using the internet before continuing. This operation will turn off all network and internet connections during the reboot for about five minutes.

Try to launch the Netflix app after your TV reconnects to the network. This is also an excellent opportunity to do another test if your network speeds were low when you first tested them.

While restarting your router will frequently temporarily increase your speeds, it won’t address all underlying issues.

Verify that no one in your home is currently using the internet before continuing. During the reboot, this operation will turn off all network and internet connections for about five minutes.

Only automatically updated Vizio TVs may be used in the past. All you need to do is keep your TV online, and it will take care of the rest.

The software on more recent Vizio Smartcast TVs can still be forced manually, but it also updates automatically. Although it shouldn’t be required, having this on hand is a good idea in case the automatic update fails and doesn’t notify you.

While more recent Vizio TVs might not have an option for app deletion or update, they might have one for clearing an app’s cache.

This is the equivalent of deleting cookies from your web browser, and it frequently fixes sporadic app bugs.

8. Turn Off Your VPN

You can skip this step if you don’t utilize a virtual private network (VPN). You’re probably not utilizing a VPN if you don’t know what one is.

The majority of streaming services attempt to restrict VPN traffic. You probably won’t be able to access your streaming material if you’re using a VPN that Netflix has managed to restrict. Turning off the VPN and trying the connection again is the simplest approach to verify this.

9. Is Netflix Working On Another Device?

On your TV alone, we have tried almost everything. Let’s first determine the extent of the issue before pursuing our most extreme course of action. On your PC or any other networked device, try launching Netflix.

It’s time to get in touch with Vizio support if Netflix works on your other devices but not on your TV. However, if none of your devices can access Netflix, there might be an issue with your Netflix account or with Netflix’s servers.

Use Downdetector to see if other Netflix customers in your area are experiencing any issues. Netflix outages are often localized and quickly resolved. Additionally, you can check the “Is Netflix Down? ” section of the Netflix support page.

It’s probably time to contact Netflix support if you can’t find anything on Downdetector. They’ll be able to supply information that is more recent than what I can in this piece.

Since we’ve tried all of the easy fixes, it’s time to try one last option: a factory reset. This will erase all of your TV’s settings, including the Netflix app’s settings. But it can fix your streaming app issues if you delete all of the settings and app data.

Allow the TV to fully reset and turn back on for a few minutes. Try launching the Netflix app once more right now.

Any software or firmware issues that might have prevented Netflix from working on your Vizio TV should have been resolved as a result.

What If None Of The Steps Work?

A non-Android smart TV like those offered by Vizio has many benefits. They are simple to operate and rarely experience technological problems, yet occasionally Vizio TVs won’t come on.

But there is frequently little you can do when encountering app issues. There are various options for restarting apps on Samsung TVs, while Vizio TVs don’t offer as much flexibility. In essence, Netflix and Hulu expect you to phone their help number if one of their services fails to function on a Vizio TV.

How Do I Uninstall and Reinstall Netflix on my Vizio Smart TV?

Utilizing the remote, press the VIA button. You can find your newly installed apps in the My Apps area of the Fullscreen VIA Plus Apps Window.

While holding down the OK button on the remote, select the app you want to add. Then, as directed at the bottom right, tap OK to delete the application.

Why Will Netflix Work On My Phone But Not My TV?

Do You Need To Clear Cache on Smart TV?

Although cache speeds up app opening on your smart TV, outdated cache data needs to be removed before it starts to cause issues.

This also guards against app data corruption brought on by outdated cache files. If YouTube TV is not functioning on a Samsung TV, clearing the cache is advised as a solution.

How Do I Clear the Memory On My Vizio Smart TV?

On the remote, press the MENU button. Note System, Reset, and Admin, followed by Clear Memory. To reset the TV to factory defaults or clear the memory, use the arrow buttons on the remote to select those options, then click the OK button.

Why Does My VIZIO TV Have Trouble Streaming?

Changes in the speed of your Internet connection are the main cause of re-buffering. Additionally, if several other devices on your home network are using bandwidth concurrently, it may slow down the entire network. To enhance the streaming experience, try shutting off the other devices.

Do I Need to Update My Vizio Smart TV?

Firmware updates for VIZIO Smart TVs happen automatically. Information is sent from a VIZIO Smart TV to the Firmware servers when it is connected to the internet. Nothing further happens if the TV’s Firmware is up to date.