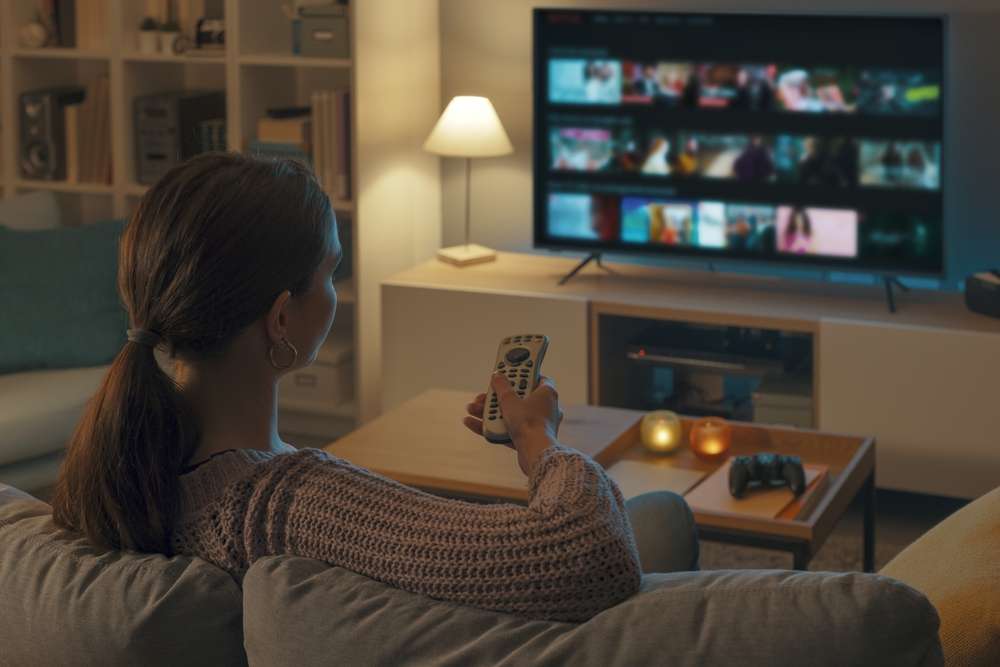 I have a couple of smart TVs in my home and not all of them have Roku. Some of the TVs are Roku-specific while others are simple smart TVs that allow me to download apps onto them. I was asked by a friend if a smart TV needs Roku installed on it to run apps. This lead me to do some research to find out if a smart TV needed Roku to be used.

A smart TV does not need Roku. There are smart TVs that are specifically Roku TVs with the Roku operating system installed on them. Regular smart TVs will allow you to install apps on it like a Roku, but won’t have the ease of use, faster and smoother load times, better navigation, or frequent updates.

If you have a smart TV and like the user interface of Roku, you can opt to purchase a Roku stick or box that plugs into the television. It will give you everything a Roku TV can and you can even take it with you and plug it into any TV that has an HDMI cable.

Roku is an interface that allows you to access free and paid TV shows and movies in one place. It’s essentially a home base for all of your entertainment needs. It has its own operating system and gives you the freedom to put all of your streaming services on one screen.

You can log into all of them and have those apps available to you as long as Roku is working.

If you have a smart TV without Roku, there are a couple of options you can choose from. Here are some of the most popular picks:

Are Roku and Smart TVs The Same?

At first glance, it looks like Smart TVs and Roku do the same thing. They both can have apps downloaded on them, they both allow you to access everything in one place, and they both come with voice search and can support 4K.

The main difference between a Roku and Smart TV is the user interface. Roku offers customizable home screens, a simple remote with quick launch buttons, and automatic software updates with new features and updated streaming channels.

A Smart TV usually doesn’t have this capability and you have to download all the apps you’re looking for whereas Roku will come with pre-installed apps.

What Can A Roku Do?

A Roku can do much more than a smart TV. It allows any television to access programming from the internet.

As long as you have an internet connection, you can run your Roku. Even if you don’t have a smart TV, you can watch videos on demand from OTT providers such as Netflix and Hulu. You can even subscribe to live TV through Sling and YouTube TV.

Plenty of Devices To Choose From

Right now, the most popular Roku is the stick. It’s easy to use and you can plug it right into the HDMI port of your smart TV. You don’t need to plug it into a power source either. There are also Roku boxes available as well as a streambar with built-in speakers.

If you have an old television that doesn’t have an HDMI port, models such as the Roku Express 2018 come with cable plugs that connect to your TV’s video jack.

With the Roku device, you’ll get a remote as well. When you start the device, you’ll be prompted to connect it to your home WiFi network, and then it will display a menu on your TV screen. Here, you can sign into any apps you already subscribe to and you can download new ones right from the Roku store.

If you lose your remote, Roku has an app that turns your phone into a Roku remote. Smart TVs can’t do this since they require IR to receive a signal whereas Roku doesn’t as long as the app is connected to the same network as the Roku device.

Once you have your Roku device set up, you can access over 4,500 channels of streaming content as well as music, videos, and other entertainment options. You can use Spotify, Pandora, SiriusXM, and more. Some programming offers free channels, but a lot of them are based on subscriptions, but with free trials.

Do Smart TVs Have Roku Built-In?

Not all smart TVs have Roku built into them. Before you purchase a television, look on its box. It will state on it if it is a Roku tv or not. Some of the most well-known brands that offer Roku OS are TCL, Hisense, Vizio, Philips, and RCA. These televisions will work off of Roku OS and there will be no need for a separate Roku stick.

Do You Need A Streaming Device With A Smart TV?

As previously mentioned, not all smart TVs have access to certain streaming services. For example, a Philips TV may offer Hulu but a Hisense may not. It depends on the services the manufacturer is entitled to allow users to stream.

Do Roku TVs Have Roku Built-In?

Roku TVs will work exactly like a Roku stick except you don’t have to worry about making sure the stick is plugged in. You can access over 4,500 streaming services from one easy-to-use menu at any time as long as you’re connected to the internet.

Roku isn’t free from faults, it does come with limitations. You can’t stream the Roku device on all TVs in your home off of a single stick.

You have to purchase multiple sticks for multiple TVs. Fortunately, it’s easy to move the Roku stick to another TV. You don’t even have to install anything on your TV. If two people want to use a Roku on two separate televisions, they will need two Roku devices.

Why Add Roku To Your Smart TV?

There are plenty of reasons why I would suggest you add Roku to a smart TV. You may not see the point since they can do pretty much the same thing, but I have to admit that the Roku stick is faster, easier to use and perform much better. There are many other reasons to invest in a Roku.

Roku devices have much more available content than a regular smart TV does. Even the most expensive smart TV is going to look cheap when compared to a Roku. None of them will offer as much of a lineup as a Roku.

One reason for this is that smart TV companies have partnership agreements with content providers. The manufacturer of the TV has to establish an agreement that will prevent other manufacturers from getting the same service. Each one will have a list of streaming platforms or services that are not available to its users.

Roku doesn’t have this issue. Roku has access to all streaming platforms such as Hulu, Amazon Prime, Netflix, HBO Max, Showtime, and more.

Additionally, Roku offers updates a few times per year whereas smart TVs don’t. A smart TV may not offer an update for a few years at a time.

Smart TVs are slow and buggy when compared to Roku. They don’t have processors that are as powerful as Rokus. Smart TVs are just that, TVs. They aren’t meant for streaming as much as a Roku is.

They are a TV first then a streaming platform second. The effort all goes into the picture and audio of a smart TV whereas Roku is more about processing that controls streaming.

A smart TV can cost a lot upfront, plus the cost of all of your streaming services. After a couple of years, the large investment you made on a smart TV will be wasted. The smart capabilities are going to begin to deteriorate when the TV may still have a lot of useful life.

After a few years, the TV reception will be just as poor as cable or satellite channels and will go downhill on streamed content. The processor in your TV will become obsolete.

When it comes to Roku, you get the most bang for your buck. You’re given consistent updates, it doesn’t cost an arm and a leg, and you can take it with you wherever you go and use it as long as you have internet. A Roku can become outdated and run slower than other devices, but they’re inexpensive and easy to replace.

Smart TVs can be easy to use with friendly user interfaces for their streaming content, but they can be almost impossible to navigate. Rokus the main screen has the content choices clearly laid out to make them easily accessible. It doesn’t take a lot of time to make your way around the program.

You will also find that not a lot of smart TVs don’t have a central menu. They will have a row on the bottom part of the screen. Roku devices will have an easy-to-access menu on the side of the screen with all of your options laid out for easy selection.

Additionally, on smart TVs, you’re going to find a lot of features and apps that you just don’t care all that much about. Samsung and LG have proprietary apps that aren’t desirable and they’re almost impossible to get rid of. Roku has proprietary content as well, but it’s less intrusive and easier to ignore.

If Roku just isn’t your thing, there are quite a few alternatives. One of the most popular alternatives is the Amazon Fire TV Stick. It works much like a Roku stick, but the user interface isn’t as friendly.

Additionally, there’s Apple TV. It’s not an actual TV, it’s actually a small box that connects through a cable to an HDMI port. This is the more expensive option and is best for those who already own Apple iOS devices. You can even screen mirror Apple TV from your phone to a Smart TV that has casting abilities.

As you can see, you really don’t need a Roku on your smart TV, but it’s definitely recommended. Smart TVs just can’t do everything a Roku can and since Roku devices are so cheap, it seems a little silly to not have one, even for traveling.

Roku devices are portable, easy to use, don’t require a subscription to use, and last quite a long time. I suggest the Roku Express if you’re looking for streaming services all in one package. It’s easy to set up and you can take it with you wherever you go. 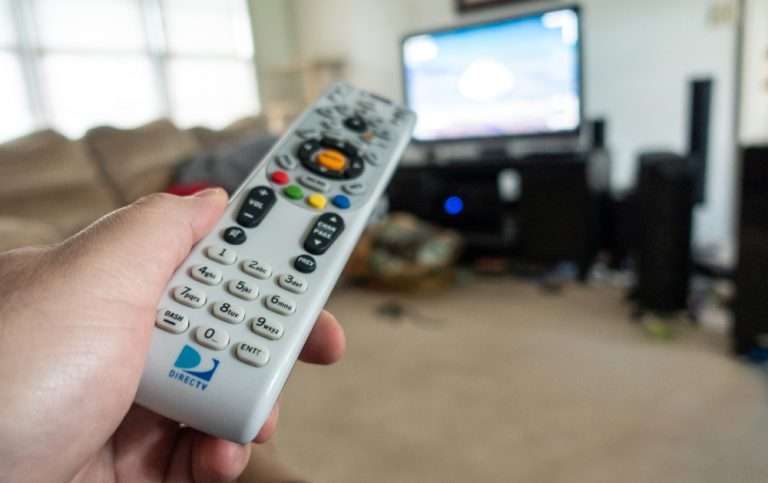 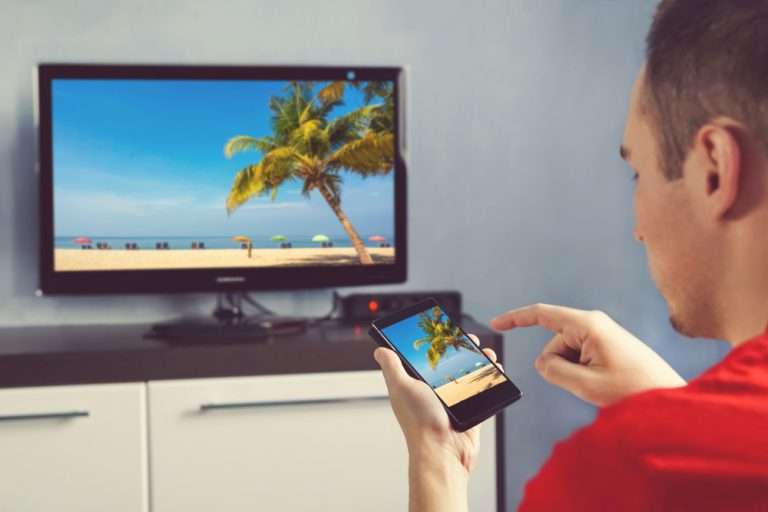 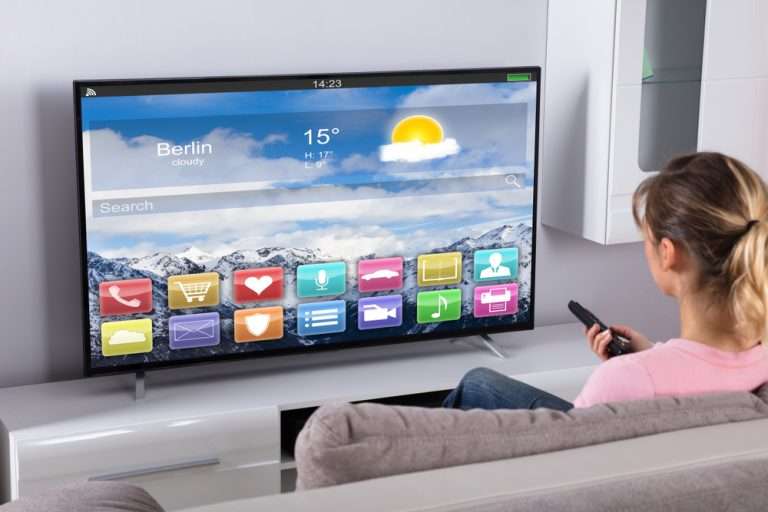