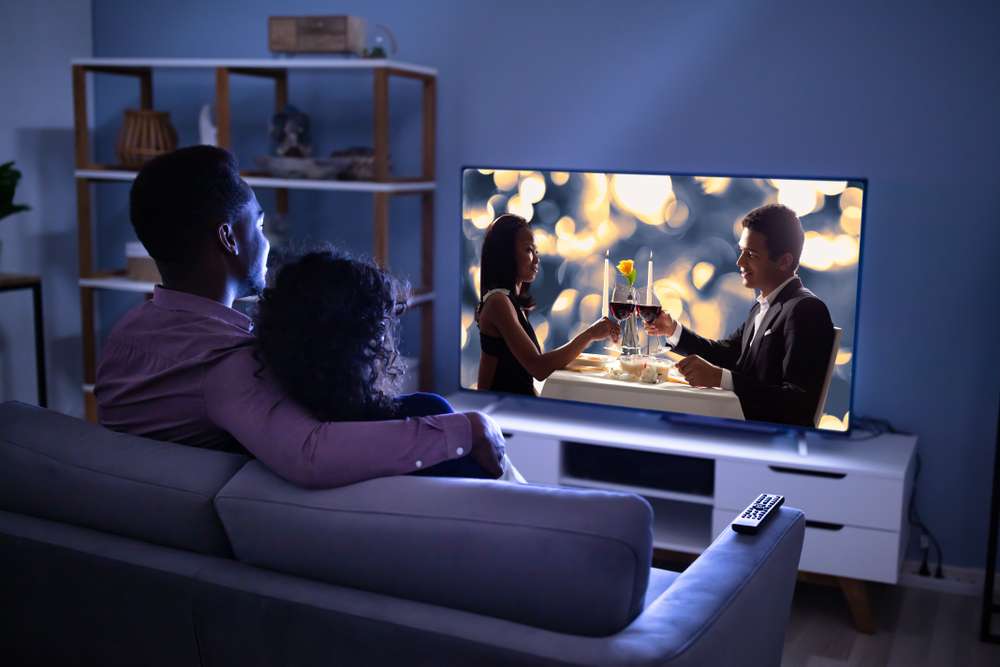 Walmart is known for having just about everything. On top of that, their “everything” is pretty dang cheap. If you’ve ever perused Walmart’s Electronics department at their stores, you’ve probably come across some nice deals.

Walmart has a TV brand that goes by the name of Onn. Onn TVs, though they may not be particularly well-known, account for some of the cheapest televisions out on the market today. If you’re looking for a new TV, especially if you’re on a tight budget, an Onn-brand TV might be just right for you.

Onn TVs are sold from Walmart and have considerably good quality despite being also very cheap and affordable. Onn TVs offer nice and convenient Smart features, which include a built-in Roku. They also offer various models of televisions all at a low price, with 1080p to 4k resolution options.

Before you make any choices on what TV you want, first you should learn a bit more about Onn TVs and what they can offer. We put together some information below on everything you’ll need to know about Onn TVs before making any commitment.

So, let’s go ahead and dive deeper into the topic of Onn TVs.

When you’re deciding on buying a new TV, it’s usually important to consider who is making the television that you are interested in buying. Many people seek after brand-name TVs made by a reputable company, such as Samsung or LG, but normally these bigger brands come with a pretty hefty price tag.

Perhaps in your search for a new television, you’ve stumbled across the brand Onn. Onn is maybe not the most well-known TV brand, so it’s normal to feel skeptical about who is really making these devices.

Onn is a brand owned by the American retail company Walmart. If you’ve never heard of Onn, you’ve probably at least heard of Walmart. If you’re a frequent Walmart shopper, you’ve maybe seen their Onn-brand televisions hanging out in their Electronics department.

It’s very common for big brands to use multiple manufacturers and outsourced companies to make their products. Walmart does just that when it comes to its Onn products.

Onn TVs are made by one of Walmart’s private labels, Durabrand. In addition, the warranty repair service for Onn is done by the American company Element Electronics. Element Electronics’ main facilities are located in the state of South Carolina.

Where Are Onn TVs Manufactured?

Even though Walmart is a U.S. company, their Onn devices are not made on American soil. Keep in mind that it is pretty common for even big U.S. electronics brands to not actually have their products made in the United States.

Though Walmart may own the Onn brand, they don’t actually make physical products. Walmart outsources the manufacturing and production of Onn TVs to companies based in Taiwan and China. They also outsource Onn support to third-parties as well.

So if you’re looking at an Onn TV, just know it was made overseas. That is not necessarily a bad thing, as that is what gives them such an affordable price tag.

If you’re interested in buying an Onn product, one question you’re probably asking yourself is, “Is Onn a good Smart TV brand?”

As we stated earlier, essentially every part of Onn is outsourced, including the manufacturing of their devices. Many people believe that products made in countries like Taiwan and China (which Onn products are) are of lower quality.

The most notable part of this, however, is that this just makes Onn products much cheaper. Just like most Walmart products, they are on the more affordable end of the market.

The Onn brand is a budget-friendly option if you are looking for a new TV. TVs can be expensive, so if you want to save a considerable amount of money, Onn is not a bad choice.

For the price, Onn TVs are still pretty good TVs. Maybe they can’t directly compete with more reputable brands like LG and Samsung, but they’re not bad in overall performance and quality.

Onn TVs usually lack in terms of their material quality (such as their plastics) and they have a lower frame refresh rate.

They do also have some frequent issues that users can run into. It’s common for them to have problems with their universal remotes and their remote codes. Luckily, because of Element Electronics, there is good warranty coverage available for Onn TVs.

They also have some good customer support available.

Where Can You Buy Onn TVs?

Onn is a brand made exclusively for and by Walmart. Onn TVs are sold in the United States, the UK, and Canada.

You can only buy Onn TVs from Walmart – either in stores or at Walmart.com.

Of course, there is also the option of buying used or refurbished Onn TVs on other sites such as Amazon.com.

It was back in 2020 when Walmart revealed their Onn-brand TVs. Onn offers a few different types of TVs, all at an affordable price.

Onn Smart TVs offer some great features including a built-in Roku, which makes streaming much easier and convenient.

Let’s break down some of the best Onn TVs that are out there today.

One of the best and most popular features available on the market today for TVs is 4k resolution. 4K resolution is becoming increasingly popular for people who want an increased level of high-quality video. The high-definition resolution of 4K is four times greater than that of 1080p.

The Onn Class 4k Roku Smart TV is a good choice for a cheap 4k TV. It has pretty good resolution quality, however, the overall video quality is somewhat lacking.

The darker colors might not be as deep and rich as you might be hoping for, and there is only a 60hz refresh rate. The sRGB levels are also lower than most 4k TVs that are out on the market.

One more part about the Onn Class 4K Roku Smart TV is that the sound quality is not that great.

Arguably one of the best features is the built-in Roku. I know first-hand how amazing it is to have a feature like this as it completely streamlines your entertainment. It’s so easy to access everything from Netflix to Hulu to Spotify all from your TV without needing to install or add in any devices!

And of course, it’s a very affordable option!

When it comes down to it, the Onn Class 4K Roku Smart TV is the best overall option if you are wanting to get a new Onn brand TV.

QLED stands for quantum-dot light-emitting diode, which may be a mouthful, but it just means that each pixel on a QLED screen can emit its own light.

If you’re looking for a good budget-friendly QLED TV, the Onn QLED 4K UHD Roku Smart TV is a good place to start. Maybe it’s not the best QLED television out on the market, but it is not too disappointing in and of itself.

It provides a pretty high peak brightness as well as local dimming features.

Because this QLED TV is quite a bit cheaper than other QLEDs, it doesn’t come with the highest quality in its build. The panel, like the Onn Class 4K Roku Smart TV, is only 60 Hz. So, it’s probably not the best option if you’re planning to use this TV for gaming.

It also has nice and convenient built-in Roku TV, which is probably one of the most attractive selling points. It also has four HDMI ports, a USB port, an ethernet port, and a composite video port.

This television model also comes in a sleek, frameless design, adding a boost to the overall aesthetics.

The Onn QLED 4K UHD Roku Smart TV is a great option if you are looking for an affordable Smart QLED TV – but don’t expect the price to not show in the overall quality!

As we’ve already mentioned several times, Onn televisions are known for being pretty dang cheap. Even their best and brightest models still come on the less expensive spectrum of TVs on the market.

However, maybe your budget is just tight, or you just want to save money. In that case, the Onn Class 1080p Roku Smart TV is the TV for you.

The Onn Class 1080p Roku Smart TV is an incredibly affordable TV, even by Onn standards, but this comes at a “price”.

This TV isn’t 4k like the previous two we covered – it only offers 1080p resolution. Although many budget-friendly TVs still can offer 4k resolution, with this television Onn is able to lower the price even more by restricting the resolution to 1080p.

It still has all the same Smart features, however (including built-in Roku TV).

Because of the 1080p panel, this TV is probably only a good option if you are needing a smaller TV for a more space-restricted area.

There is a 60 Hz refresh rate and a quite slow response time, and the overall graphics and even sound quality are also pretty lacking. You get what you pay for with this TV.

When it comes to your entertainment, everyone has different needs. Electronics can be particularly expensive, which is why it’s good to consider budget-friendly brands like Onn. TCL and Vizio also make affordable TVs if nothing at Onn quite catches your eye.

Though many of Onn’s TVs are very cheap and affordable, they don’t skip out on quality too heavily. They are still made pretty well for the most part. On top of that, they all offer built-in Roku capabilities, which is amazingly convenient!

Onn TVs are a great way to enjoy some great television entertainment without shelling out a fortune for a new electronic device. 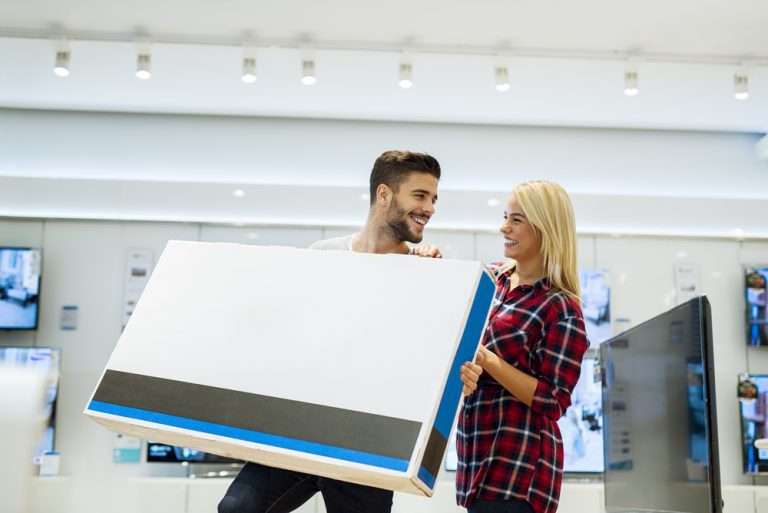 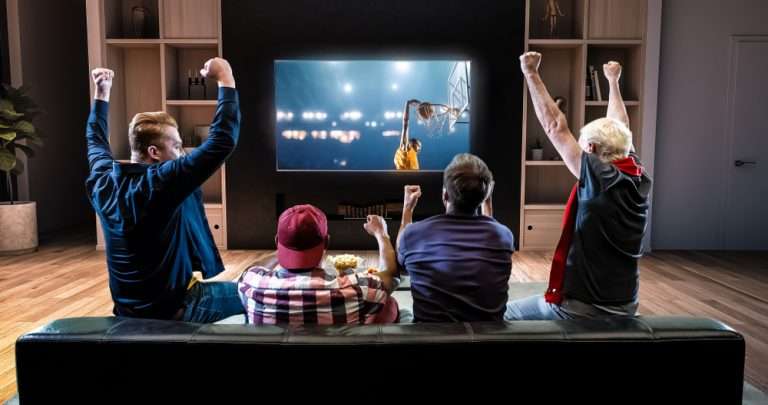